Recurrence of breast cancer can be very traumatic for the survivor who has heaved a sigh of relief after having been through physically, mentally and emotionally draining treatment. Even though the standard treatments of surgical removal of breast tumor, chemotherapy and radiotherapy aim at eliminating all cancer cells in the body, some of them may survive the treatment. This residue of cells can multiply, resulting in recurrence of the cancer in few months or even after many years of the initial treatment.

There are two types of recurrences that take place in breast cancer: local and distance.

Local recurrence happens on the site or around the areas of the original tumor. It usually happens within the first two years of the treatment, though in some cases it happens much later. The patients are monitored closely during the initial stages for signs of recurrence very closely. The risk starts declining as time passes by. Treating local recurrence needs a different plan than the initial treatment as the breast tissue which has been treated with radiation earlier cannot be exposed to radiation all over once again. Also the cancer is more aggressive in recurrence. 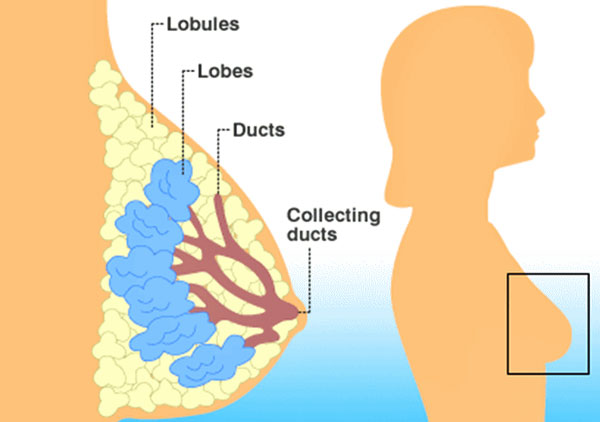 In most of the cases of lumpectomy, the doctors recommend mastectomy for recurrence followed by chemotherapy and hormonal therapy depending on the prognostic factors identified with the tumors. If radiation has been skipped the first time, it may be recommended the second time around. If identified and treated on time, local recurrence can be pushed into regression for a long time.

Distant recurrence occurs when the cancer cells of breast tissue spread to the other part or organ in the body and start multiplying there which is also referred to as metastatic breast cancer. It often appears in bones, liver or lungs and later spreads to brain. Unlike local recurrence, metastatic breast cancer does not have a standard treatment which can push it into regression. It cannot be cured, but only managed as a chronic illness; where the cancer is stopped from spreading further, thus prolonging the lifespan of the patient.

Most of the time the patient has to compromise with the quality of life when going through strenuous sessions of chemotherapy, radiation therapy, precision targeted therapy and hormonal therapy which is required to keep the cancer under control.

Reducing the Risk of Recurrence

The fear of recurrence can play havoc with the anxiety and stress levels; therefore coping properly with the fear is very important. The first step towards reducing the risk of recurrence would be to take care of oneself both emotionally and physically. After taking the beating of cancer, the body needs proper nutrition and exercise to recover and become strong once again. Do not hesitate to put your needs ahead of others as you not only deserve but require it.

The risk of recurrence can be reduced to a great extent with exercising regularly, avoiding stress, limiting consumption of alcohol, reducing or totally quitting the habit of smoking, taking prescribed medicines regularly and maintaining healthy weight.