Breast cancer is a dreaded condition that occurs when there is uncontrolled growth in mutated cells in the breast tissue due to failure in reproduction of cells. The replaced cells do not die off, but keep themselves dividing uncontrollably to form a malignant cancer tumor. The malignant tumors if not treated on time, eventually spread to different parts of the body, finally proving fatal.

With change in lifestyle, the incidence of breast cancer has been on rise, especially among the women living in crowded cities. Fortunately there has been advancements in treating breast cancer that have helped medical professionals not only save life of the patients, but also give them quality life of survival.

Earlier, women going through breast cancer did not have many treatment options available to them. The standard treatments were surgery, chemotherapy and radiation for every type of cancer. The tough treatment process left the survivors scarred emotionally and physically, at times breaking their self confidence. 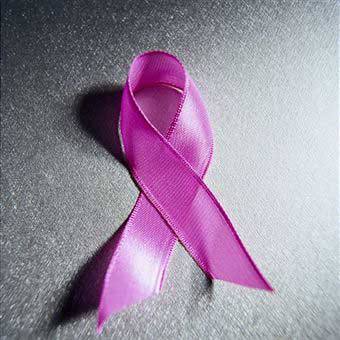 With the options for treating breast cancer increasing day by day, patients tend to feel overwhelmed and confused while making decisions. It is always wise to have a second opinion, especially from a renowned breast cancer specialist before opting for a treatment procedure. People who have earlier been through similar ordeal, who are part of support group, can lend their knowledge and support through the tough journey.

The treatment option is chosen considering the type of cancer, the stage it has progressed to, hormonal sensitiveness of the cancer cells, health condition of the patient and the age at which one is diagnosed. Doctors come up with a treatment plan that is specific to the type of diagnosis and the pathology report of the patient, which is not only meant to target cancer cells, but also to prevent recurrence of breast cancer in future.

These are the standard methods for treating cancer that have been followed for a long time now:

Lumpectomy: Surgery is one of the most preferred options in the treatment of breast cancer. For patients who prefer organ preservation or who are in initial stages of breast cancer, lumpectomy or breast preservation surgery is performed, wherein the malignant tumor is removed along with a safe margin of healthy tissue, thus to be sure not to leave any traces of cancer cells behind.

Mastectomy: Though mastectomy is removal of the whole breast, it is considered simpler by the surgeons. In simple mastectomy the surgeon removes ducts, all breast tissue, lobules, fatty tissue, nipple, areola and part of breast skin. In radical mastectomy along with the breast, the lymph nodes and muscles of chest wall are also removed.

Some women go through reconstruction of breast for cosmetic reasons whereas others may prefer using breast prosthetics.

Radiation therapy: The second standard procedure that follows surgery is radiation therapy. For more than a century, doctors have used high powered beams of radiation to kill cancer cells. The new form of radiation, brachytherapy, targets only the probable cancerous tissues, while sparing healthy ones. This is achieved by placing a radiation source inside or next to the region which is to be treated.

Chemotherapy: It is used to kill whatever remains of the cancer cells after surgery and radiation that can lie low only to return and spread to other parts of body in future. The strong drugs used in chemotherapy treatment cause dreaded side-effects like hair loss, fatigue, pain, nausea, vomiting, and high risk of catching infection due to loss of white blood cells.

Along with the standard treatments there are new emerging treatments like hormonal therapy which is also known as anti-estrogen therapy, and targeted therapies like Herceptin, Tykerb, Avastin, etc. There have been other options developed for patients with advanced stages like dendritic based cancer immunotherapy and quantum magnetic resonance therapy which help in managing tumors at higher stages.

We use cookies to ensure that we give you the best experience on our website. If you continue to use this site we will assume that you are happy with it.OkTerms of Use