Periods are those messy times a woman has to deal with every month since its commencement at menarche. Women, at times prefer to get their periods delayed for a certain time, because initiation of periods during an important occasion could be quite inconvenient. Few women who do not plan to have children in future or are having troublesome menstruation, with heavy bleeding and terrible cramps may even seek to get rid of the periods permanently.

Every so often women receive bad advice or undependable suggestions from their friends and relatives on how to stop their periods. These people, who are not well versed on the subject, may not only give ideas that are ineffective in stopping the periods, but in addition, it could also lead to lot of complications and health hazards for the woman. 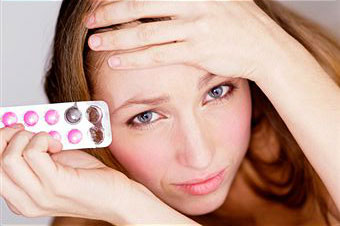 To be on safer side, it is wise to take advice from licensed medical personnel regarding stopping of periods either temporarily or permanently. It pays to be honest with the consulting doctor as to why the woman desires to stop the period. Being truthful will help the doctor to give proper guidance and come up with a solution that is best suited, keeping the condition of the patient in mind.

Intrauterine devices: There are various implants and intrauterine devices that are available freely in the market that can stop period by releasing specific hormones. Wearing a menstrual cup around the cervix can stop bleeding for a day or two.

Birth control shots: Depo Shots or Depo Provera is another option available for women seeking refuge from their monthly periods. These shots are taken every 12 weeks which will allow just 4 periods a year.

Medicines: There are various herbal, antibiotic and wide ranges of allopathic medicines that can either stop the period temporarily or postpone it for a considerable time, but unfortunately they are known to have harmful side-effects.

Surgical procedure: There is a minimal invasive surgical procedure that will permanently stop the periods which comes without the harmful effects of medicines or wide surgery. In this procedure, the medical practitioner will place small inserts inside the fallopian tubes, which will stimulate tissue growth around it, thus preventing ovulation and menstruation.

For permanent stopping of periods, the most regular method is through the surgery known as hysterectomy. As hysterectomy involves removal of vital organ of the woman’s body, namely the uterus, doctors do not proceed with this procedure unless there is some serious condition warranting the surgery. They do not recommend it for just stopping the periods.

The procedure not only carries all the risks involved with surgery but other long term side effects as well. The health practitioner often provides women with various other options available for stopping a period before going ahead with hysterectomy as a final resort. With the removal of ovaries along with the uterus which is known as oophorectomy, a woman will enter menopause.

Hysterectomy or oophorectomy not only stops periods but will also prevent pregnancy anytime in future. Therefore, this should be considered only by women who do not plan to get pregnant again in future.