Uterus is a female reproductive organ in which the ovum develops into fetus after fertilization. Hysterectomy is a medical procedure through which the uterus is removed through surgery. In Greek, the word Hystera means ‘uterus’ and Ektome means ‘removal’ or ‘excision’. Hence, the word itself means excision or removal of the uterus.

The uterus is removed due to various medical complications that may prove to be fatal to the woman in some cases, but more often people opt for hysterectomy for non-life threatening conditions as well. In developed countries, more than 25% women undergo hysterectomy by the time they cross the 60 year mark. 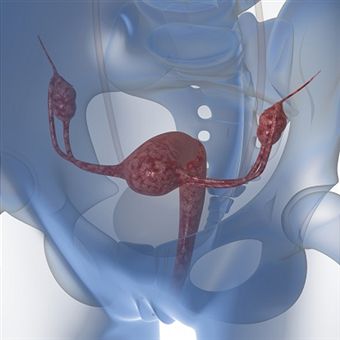 Ethically, many people feel it is not necessary to remove the organ other than in cases of cancer where it is absolutely necessary. As in case of non-malignant fibroids, there is no need to remove the uterus as only 1 in 1000 fibroids may develop into cancer if left untreated.

In many of the above conditions, there are other possible alternatives to hysterectomy like hormonal medicines, IUD coated with the hormone levonorgestrel, and laparoscopic procedure. A woman should always consider and discuss the alternative options she has before opting for the surgery.

There are different types of hysterectomies performed depending upon the condition involved. Normally total hysterectomy involves removal of the entire uterus and part of cervix, whereas in partial hysterectomy the uterus is removed but the cervix in not touched.

In abdominal hysterectomy an incision is done on the abdomen through which the uterus can be excised. When the uterus is removed through vagina, it is known as vaginal hysterectomy. In another type of procedure known as Laparoscopic Assisted Hysterectomy, the surgery is done through the vagina, with the help of laparoscopic instruments that are inserted through small incisions made just below the navel.

In most of the cases, the risks involved in hysterectomy clearly outweigh its benefits. Therefore, proper consultation with an expert is important before going ahead with the surgery. One of the major risks involved in hysterectomy is the infection that may set in due to the damage caused to colon or bladder. Removal of ovaries may result in higher risks of heart disease and osteoporosis, as they produce sex hormones which offer natural protection against these conditions.

The quality of life in women who have undergone hysterectomy varies. Some show great improvement due to relief from interference of the menstrual cycle every month, whereas some others report of higher incidence of depression after hysterectomy.