The menstrual cycle always doesn’t work like clockwork to appear on 28th of every month which is the norm. The periods are said to be irregular when the bleeding becomes abnormal in comparison to regular cycle. It could either be delayed periods, or early onset of periods, heavy bleeding known as menorrhagia, or sparse and scanty bleeding, or periods that last more than regular days of bleeding.

Irregular periods which are known to affect nearly 1/3rd of women in their fertility years, are often the result of imbalance in estrogen and progesterone hormone levels. The irregularity in menstrual periods after menarche or during pre-menopause is a common occurrence that should not be taken seriously.

During the initial stages, the hormone levels are not well balanced. It may take nearly 3 years for the hormones that control monthly periods to reach the right levels for occurrence of regular periods. There is imbalance in the hormone levels when the menopause approaches, which again causes irregularity in periods initially, before the woman stops menstruating altogether. 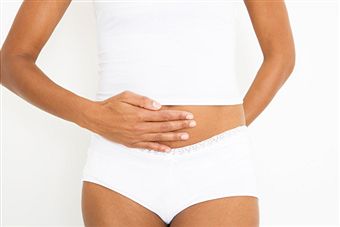 The main cause of irregularity in periods are said to be hormonal imbalance. The organs that are responsible for proper functioning of the hormones are the pituitary gland, ovaries and hypothalamus which need to sync to trigger ovulation. Due to some abnormality, sometimes the signals sent by the organs are missed or blocked, and may lead to irregularity in menstrual cycle.

Women who have PCOS are unable to produce hormones needed for the egg to mature. With undeveloped follicles, the ovulation does not occur, causing the follicles to form cysts in some cases. As the hormone progesterone responsible for menstrual cycle does not get produced in the absence of ovulation, it leads to irregularity or absence in periods.

A woman who is stressed, tired, anxious or worried will normally have irregularity in her periods. Chronic stress, GAD (General anxiety disorder) or even minimal anxiety is enough for our adrenal glands to secrete cortisol, a hormone that impacts estrogen and progesterone leading to irregularity in menstrual cycle.

Women athletes are known to miss their periods due to the physical activities and endurance they go through. The fat in the woman’s body is required to maintain hormonal balance. Due to heavy exercises, the fat is lost which in turn leads to estrogen dominance, with lower levels of progesterone, finally leading to irregularity in periods.

Losing or gaining weight excessively can cause irregularities in periods. In some extreme cases, the periods may be missed for months on end.

Women who are on birth control pills may miss out or find irregularities in their periods, like having scarce flow or just spotting. It is important to take the placebos regularly to avoid problems.

Some women who are breastfeeding do not get their periods regularly until they wean off the baby, though this is not a norm for all mothers who breastfeed their babies.

Eating disorders, thyroid problems, Asherman’s syndrome, sexually transmitted disease, diabetes, irritable bowel syndrome, endometriosis, tuberculosis and liver diseases are known to affect the periods. Even medications and therapies like chemotherapy, surgery or radiation to the pelvic region can cause irregularity in periods.