We tend to view the term ‘natural’ as being benign and safe, particularly when compared with other terms like ‘chemical’ or ‘synthetic’. So when we are told that natural hormone therapy is available as an effective alternative to hormone replacement which essentially is derived from artificial substances, we are bound to be interested.

It is also known as bio-identical hormone therapy and it claims to be identical to the hormones that the human body produces. These hormones are sourced from plants such as wild yam and are closer to human hormones in terms of molecular structure. Natural hormone therapies are often customized on case by case basis following saliva testing or blood tests to determine individual requirements. These hormone treatments may be compounded individually, unlike patented, synthetic hormone replacement protocols.

Is It Really Safe? 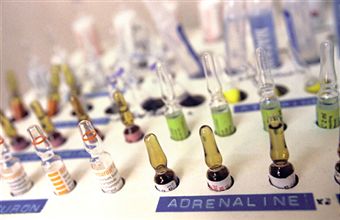 Whereas advocates say that natural hormones are effective as well as safe, there are several arguments made against natural hormone therapies. Firstly there is no concrete evidence to show that testing of saliva or blood hormone levels is reliable and beneficial. In fact, testing blood and saliva for hormones is thought to be quite unreliable.

Secondly, there is not enough evidence for or against bioidentical hormones to state that they are more or less safe than synthetic hormones. The long term effects of these natural hormones have not been examined enough to make the statement that they are safer than synthetic hormones. As such, doctors caution women against assuming that these hormones are safer simply because they have the term “natural” or “bio-identical” preceding them.

Another possible problem with natural hormones is the fact that there is a compounding chemist that could be mixing the dosage. In other words, there is no regulatory body that oversees the process and it doesn’t follow standardized dosage and procedures. There is also the fact that many bio-identical formulations are of a trans-dermal nature – applied to the skin rather than swallowed. This also creates the perception that they are safer.

Testosterone is a hormone that is sometimes added to natural hormone replacement medications (unlike synthetic HRT). This improves menopausal symptoms such as low libido, flagging energy levels and diminished sexual enjoyment. This is another reason why users and manufacturers sometimes claim superior efficacy of natural hormones.

The bottom line is that all HRT should be considered very carefully. You should opt for it only when the possible risks are outweighed by the probable benefits. You should consider natural hormone therapy to be no different; at least as of now.

We use cookies to ensure that we give you the best experience on our website. If you continue to use this site we will assume that you are happy with it.OkTerms of Use